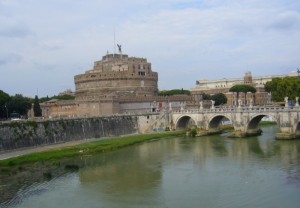 “In rivers, the water that you touch is the last of what has passed and the first of that which comes; so with present time.”  Leonardo was rephrasing a greek philosopher, Heraclitus, but I like the way Mr. Vinci said it better.

There is also the idea that the simple act of observing something will produce a change.

That’s the problem/paradox of travel. We want to see a place as it was or as it is. We fly thousands of miles to stand where history was made and imagine those moments. Or to visit a quaint village unspoiled by people like us. You know, someplace real.

Not possible. Like that poor cat Shrodinger wishes he’d never imagined, these places are affected by the presence of a traveler, a camera 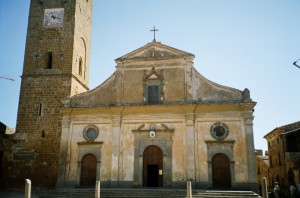 and the diesel fumes of a tour bus. This fact is pretty obvious especially in the case of places discovered by popular travel writers and from them to all those who read the travel books.

The lonely planet really isn’t, not a year after the first edition comes out.

There are some places, however, that manage to sail through time like a grand dowager. Bits may fall off and the lace is in need of repair but that only adds to the over all charm of the lady. They stay true to themselves. Usually they have been left behind by the shifting of trade routes or overlooked because of physical barriers. 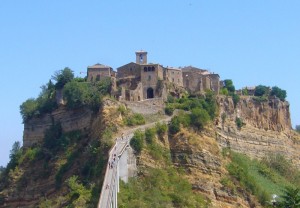 Civita de Bagnoregio in Umbria, Italy has watched the rise of Rome and the fall of the Sabines, Etruscans, Perusians and a boggling number of other tribes from its hilltop perch. Rome and its descendants took note of the longevity of Civita (Che-ve-tah) and soon great hill towns, Orvieto, Assisi, Sienna, began to establish dominion throughout central Italy.

Civita is dying. Time and nature is tearing away the tufa butte where Etruscans dug in and Rome built over;  that defended its people against  Huns, 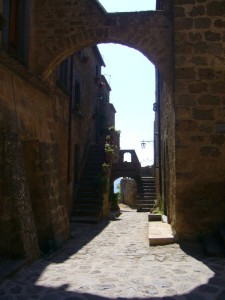 Goths, Visigoths, Vandals and even Popes from the would-be Holy Roman Emperors. Now there is only a footbridge connecting the remaining inhabitants to the rest of the world.

Tufa may make scenic hills but, really, is not a remarkably durable material. Like an iceberg, whole sections of the town calve off and fall into the valley. Time has forgotten this place but nature has not. There is not much time left before it changes out of existence. Well, relatively little 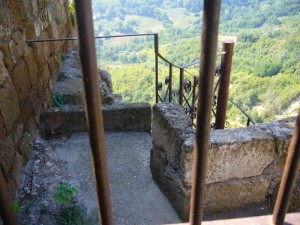 time, in a geological sense.

I think we may have a few more years to walk the dusty streets and touch walls that have protected the life within for 25 centuries.  The last of what has passed. 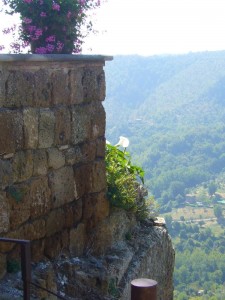 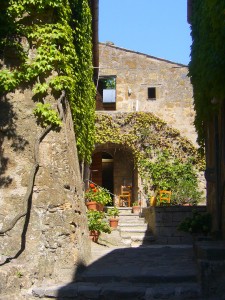